Emma Watson is opening up about her life as she approaches her 30th birthday.

The former “Harry Potter” star spoke candidly in an interview with British Vogue about the “tough” year she’s had because she “had all these ideas” about where she would be at this stage of her life.

“I was like, ‘Why does everyone make such a big fuss about turning 30? This is not a big deal,'” she told the magazine for their December cover issue. “Cut to 29, and I’m like, ‘Oh my God, I feel so stressed and anxious. And I realize it’s because there is suddenly this bloody influx of subliminal messaging around. If you have not built a home, if you do not have a husband, if you do not have a baby, and you are turning 30, and you’re not in some incredibly secure, stable place in your career, or you’re still figuring things out… There’s just this incredible amount of anxiety.”

Watson said she struggles with the pressures of securing a perfect life and the same goes for her love life. The “Little Woman” actress said she sees no downside to being single as she approaches 30. She even has a term for people who are happy just being in a relationship with themselves and not committing to one person.

“I am dating, as in not one specific person, but I am going on dates … My friends are really good at setting me up,” Watson explained. “Even things that haven’t worked out romantically, some of my best friends are people I’ve gotten set up on a date with.”

“I never believed the whole ‘I’m happy single’ spiel,” she added. “I was like, ‘This is totally spiel.’ It took me a long time, but I’m very happy [being single]. I call it ‘being self-partnered.'” 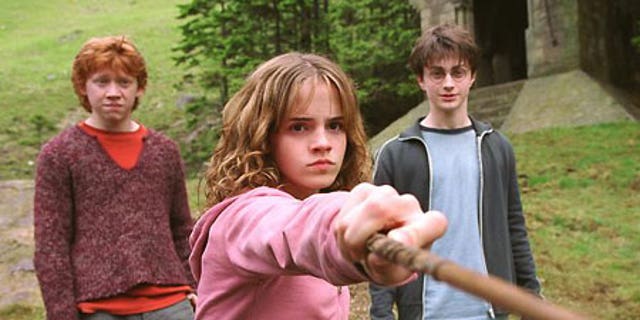 May 1, 2004: Emma Watson with co-stars Rupert Grint and Daniel Radcliffe in a scene from the movie “Harry Potter And The Prisoner Of Azkaban.” (AP)

Watson told British Vogue said that her immense fame and accolades at such a young age led her to seek therapy. She also questioned the decision to tap her to star in the “Potter” films at just nine years of age.

“That’s another thing I’ve sat in therapy and felt really, really guilty about to be honest is like, why me?” she said. “Somebody else would have enjoyed and wanted this aspect of it more than I did. I struggle with, I’ve wrestled a lot with the guilt around that. I should be enjoying this more. I should be more excited, and I’m actually really struggling.” 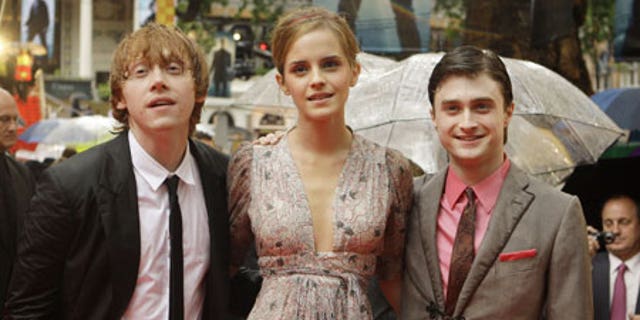 Emma Watson with Rupert Grint (l) and Daniel Radcliffe at the London premiere of “Harry Potter and the Half-Blood Prince” in 2009. (AP)

Watson said it was important for her to remain humble about the opportunities afforded to her, adding that she’s learned to separate herself from her iconic role of Hermione Granger.

“Part of my sense of peace within myself has been remembering my identity as, ‘I’m someone’s daughter. I’m my mother’s daughter, I am my father’s daughter. I am a sister. I belong to a family. I come from a place. I have roots,'” she explained.

“I played a symbol, and I know this because she’s a symbol for me,” Watson added. “I understand how this happened. I don’t judge anyone I meet who’s like ‘Whoa,’ but I’m not [Hermione Granger]… Sometimes I have to go, ‘No, no. I need exactly what you need. I’m just as human as you are. I’m just as insecure as you are. I struggle just as much as you are.”