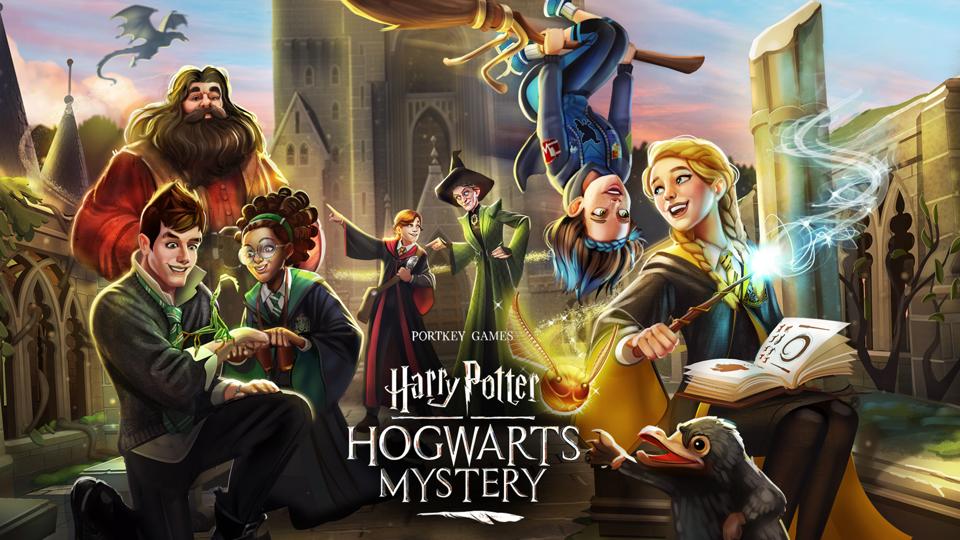 The Harry Potter mobile game sees players live their fantasy of attending Hogwarts School of Witchcraft and Wizardry, participating in challenges and games, exploring secrets and advancing through several rites of passage at the school, all while investigating an original mystery, with the help of several familiar faces from the Harry Potter series. From being sorted in Year 1, to becoming a prefect in Year 5, and attending classes and forming friendships and rivalries, Jam City has created a customizable and continually developing story arc for players.

In an exclusive reveal, Jam City shared that Harry Potter: Hogwarts Mystery has received a staggering 35 billion minutes of gameplay. During gameplay, players have participated in over 50 million Quidditch matches, completed 2.1 million OWL exams, and cast over 2 billion spells! The two most popular Hogwarts houses were Gryffindor and Ravenclaw, and the Niffler (seen in the Fantastic Beasts film franchise) was the most popular magical creature. Following its launch in 2018, Hogwarts Mystery achieved #1 most downloaded mobile game in over 40 countries, and received the Google Play “Best of 2018” Fan Favorite award in five countries.

To celebrate the second anniversary of the game, Jam City are offering players the opportunity to contribute to the game, and see their design brought to life this Fall. Beginning April 25, 2020, Harry Potter: Hogwarts Mystery will be taking costume design submissions from fans, and one lucky fan will see their costume in the game come Fall. Fans will be asked to submit costume designs that incorporate elements from all four Hogwarts Houses, with three finalists being chosen and the winner being selected by means of a vote by fans. The winning costume will join a growing selection of over 400 costumes in the game.

Jam City also exclusively revealed that all players of the game will receive an extra gift in the game on April 25: a digital party onesie outfit, as well as Hogwarts House-specific slippers! House Common Rooms will also be decorated in party decoration, allowing players to celebrate Hogwarts Mystery’s anniversary in-game.